It may be gone off milk but have some respect. 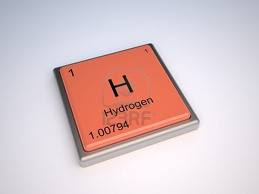 The letter aitch stands strong and powerful above the Periodic Table. It's two thirds of life locked in with an atom of oxygen.  It leads the line all over the http led Internet yet we abandon it daily looking at it with the contempt held for the other consonants that want to be vowels.

I can be a little picky, I'll grant you that but this is no excuse to ignore the gradual dumbing down and Americanisation in the supermarket.

We all go to the supermarket, whether it's for a full tonne's worth of Christmas holiday food or a quick pint of milk and a scratchcard.  They're convenient, they're cheap, they're everywhere.  They can't spell and think grammar is a needless ingredient.  Yes, there was the '10 items or less' debacle at Waitrose but seemingly unnoticed and more insidious is the obliteration of the letter 'H'.

The sometimes silent and often mispronounced consonant that could be a vowel. Aitch should stand centrally in the word 'yoghurt' handily dividing the word into it's syllables.  As long as you're not Sainsbury's, Tesco or even the actual makers of dairy goodness like Muller.  At least Muller have the good grace to avoid using the word altogether and call things Fruit Corners, just don't look at their website, they're having all sorts of problems with things.  They get 'light' right yet can't be bothered to correctly name the fermented milk they peddle.

'Yoghurt' trickled into the English language via the Turkish verb for coagulating according to the all knowing Wiki.  You'd think we'd have picked a sexier word for it but then we are talking about milk with too much bacteria.  Surely, with our preoccupation for their naturally sour variety we'd dig out a sexy Greek word.  Alas, no, so with a trick of translation and awkward pronounciation those chaps in Oxford had 'yoghurt' to play with.

Is it the French or the American's fault, or is it just laziness like the lack of thought that goes into your and you're and the systematic abuse of there, their and they're?  I'm plumping for the quest for global markets and one size fits all consumerism.  What's one little aitch in the quest for market share in the Far East?  So, indirectly it is the Americans fault and their invention of relentless consumerism.  This is the United Kingdom where we cobbled together a language and a dictionary courtesy of French, Latin et al.  How about a little pride in the Queen's English that we cling to in increasingly bizarre circumstances.

Herbs become 'erbs' yet time is always measured in hours and rhurbarb retains the largely useless extra letter.  Is Newspeak creeping in unnoticed? I wonder if Marks and Spencer, so long the bastion of vertically integrated Englishness, have succumbed?

As excellently, summised by Eddie Izzard in Dress To Kill, it's herbs, not 'erbs....why? because there's a fucking aitch in it.  How do people cope with Hyundai and get along with 'through' without synaptic implosions over the second aitch, leave alone the strangely placed silent letter G.

My silent protest at the supermarkets' lack of aitch based consideration consists of not buying any yoghurts.  I like yoghurts but I'm not one of those people who'll write a complaint letter to Tesco head office.  Or am I?  It's the casual acceptance that grants things all the time that is most offensive.  We do like to moan and complain about things without actually doing anything.  Just look at Twitter's reaction to the daily horrors on Facebook.  Careful though, they'll call you a Grammar Nazi when you point out their flaws and 'fucking illiterate idiot' isn't always an acceptable response.

Oh, and by the way way it's 'aitch' not fucking 'haitch'.